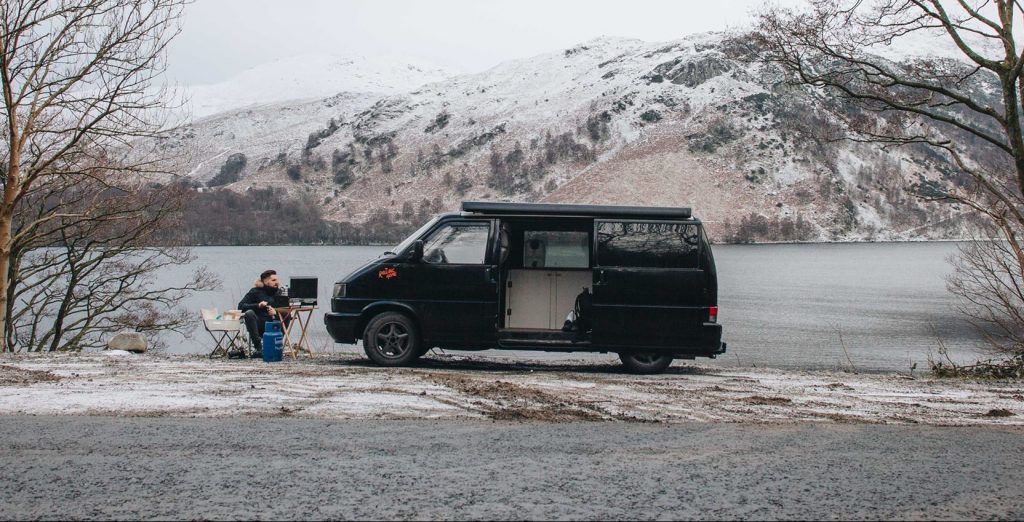 You’re looking to start a self-build campervan, but where do you start?

Getting the right van is of utmost importance, not to mention the correct converted van insurance.

With many very good options of van to choose from, you don’t want to choose one that’s going to be more hassle than it’s worth.

Below you’ll find the top 5 vans to convert into a campervan. These are without a doubt the most popular options and you can see this all over campervan forums and social media pages such as the self-build campervans Facebook page.

The Ford Transit has been used widely by trades people for many years. They’re spacious, have a good load capacity and they’re reliable.

You can pick an older model up quite cheaply. Depending on the condition, you could find yourself a bargain for hundreds of pounds which could you save you money on the overall campervan build. In its class, the Transit Custom has been hailed as the best-driving panel van, which is great for those long journeys and trips around Europe.

One of the most popular on our list and rightly so. An average height male should be able to stand without too much trouble, so the head clearance here is one of the best. Ordering one brand new? The factory can add some extras which gives you a great head start. Motorhome base, lower chassis and even space to install water tanks are just a couple of options.

The Transporter has come in many different versions over the years and all are fantastic to convert. Based on VWs T platform, we’re now six generations on and things have changed quite considerably.

Let’s start at the beginning.

The Transporter that started it all and now an absolute classic. To find one in good condition is rare, but there are some gems out there still to be found. If you want a classic looking van that looks at home on the beach and in the field, then this is the obvious choice.

Smaller than it’s more modern counterparts, it still has great appeal. It’s also the best-looking Transporter of the older models. The T2 (1967-1979) was similar but they lost their way in the styling. The T3 (1979-1992) got even worse and it lost its smooth round edges and seemed to lose all styling, but both still provide a good classic looking campervan conversion.

Things also get a bit confusing with the T3. The first 3 in the T series were also called Type 2, but when T3 came along it was called different things. Type 2 T3, Type 2 T25 in the UK and the VW Vanagon in the US.

VW got back on track and started making good looking vans again. Now more like vans than their minibus looking predecessors. We’ve now gained some height in the back allowing for more headroom, although not as much as found in the Fiat Ducato.

One of the biggest changes with the T4 was the engine placement. Until now, the T Series vans had rear mounted engines, but now we’ve moved on to front-mounted, front-wheel drive. Coming in options of Short wheelbase (swb) and long wheelbase (lwb) you can make sure your campervan is the right size for you.

Some models came with additional windows already in the back, saving you time and money on converting a standard panel van.

Like its predecessor, you get the option of swb or lwb, but you now also the get the options of low, medium or high rooflines. With over 100 variants available, it’s clear to see why it’s so popular. In 2009 the T5 received a facelift giving it a much nicer looking front-end.

This facelift was now under many labels: Transports, Caravelle, Multivan and California. The California is essentially a ready made campervan, coming with an expanding roof or pop top roof it’s an ideal van if you want to just buy something to use as it is. 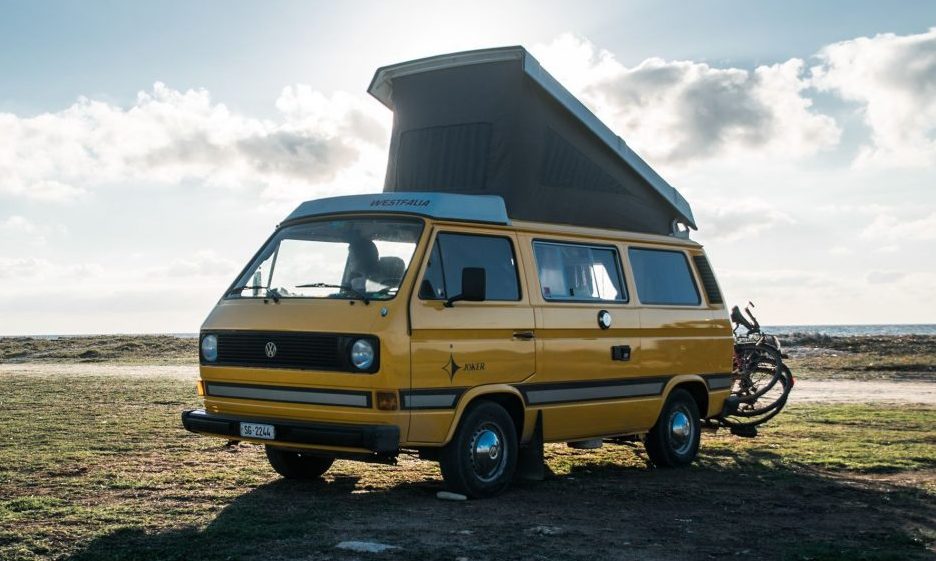 It’s exactly what you’d expect for a Mercedes branded vehicle. It’s big, full of technology and the controls and displays are the same as found in the passenger cars ranges. We’ve had the sprinter for many years now. In 1995, the year of it’s Europe release, it was voted international van of the year.

You’ll see a lot of Sprinters on roads used widely by schools or minibus hire companies so finding a model with windows is very easy although you’ll usually find they have a higher mileage due to their usage. A second generation was released in 2006 and was voted van of the year in consecutive years 2007 and 2008.

Coming in wheelbase options of swb, mwb and lwb makes it a very versatile van and perfect for a campervan conversion.

The Trafic has been around since the 1980’s and has been popular amongst the self-build community since. With its spacious rear, it’s ideal for converting. It comes in a 3 – 9 seat configurations with the 9 seaters having windows all around. Renault seemed to have put some thought into the newer models, making the interior dimensions identical it’s predecessor, meaning there’s a huge range of campervan fittings available. In fact, there’s around 18 years’ worth of fittings to choose from making it one of the most versatile vans around in terms of self-builds.

If you intend to get your van reclassified with the DVLA to a Motorcaravan, you’ll need to meet their minimum criteria however, here at Brentacre, as long as we can see that you’ve got the enough in the van for it to be used as a camper, we will treat it as such as apply the necessary endorsements and cover such as 365 days’ worth of EU travel and increased contents cover