Gravity – A Force To Be Reckoned With

I love modified cars but I have to be honest I’m always a bit nervous about attending events when I know I’ll be, shall we say slightly older than the vast majority of people attending. So, leaving the house very early on a Sunday morning, newly purchased baseball cap in hand, I wasn’t sure what to expect as I picked up two very sleepy younger members of the Brentacre Crew and headed up to Stoneleigh for this years Gravity event. 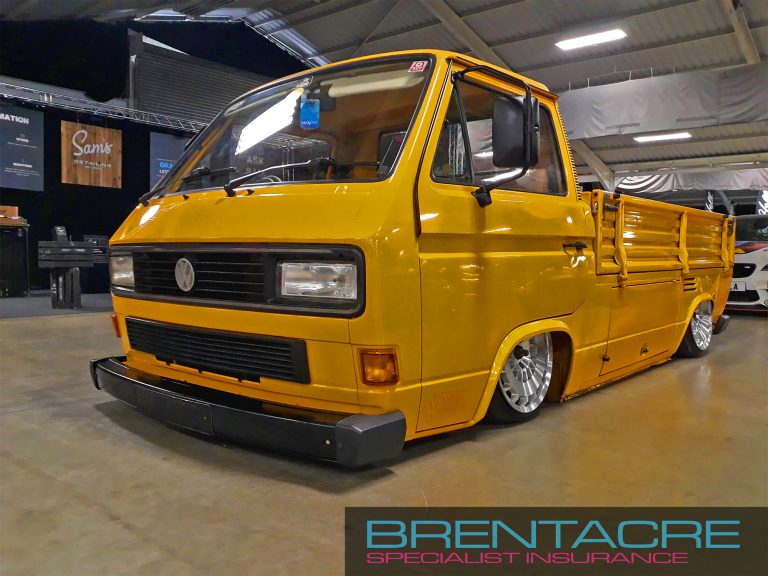 I’ve been to the venue many times before and it’s more than able to cope with a car show so pulling up slightly sleepy eyed and with McDonalds breakfast stuck to my t-shirt I could see how well the event was organised. Fortunately two other show-hardened Brentacre staff had already driven up the day before so everything was set up and we were ready to go.

I have to say walking into one of the three large halls where we were trading, I was instantly impressed with the layout and the quality of the cars on show. That theme continued throughout the whole show, inside and out as I quickly checked out the cars before the general public arrived.

There really was something for all tastes there and a huge smile ensued when I saw a collection of old American trucks, slammed as low as they could go and polished to within an inch of their lives. So, feeling relaxed and in my comfort zone I could enjoy the rest of the day. There were many standout vehicles, too many to mention so I’ll let the pictures do the talking so you can make up your own mind. It was a super-friendly atmosphere and we were packed out on the Brentacre trade stand so all in all a great show which I would highly recommend. Oh and for all you car-snobs out there that think that just because a vehicle isn’t standard, or not a classic car, or not air-cooled etc, then make sure you go along to Gravity 2019 and see for yourself a fabulous show and car owners that are just as much part of the car enthusiast scene as anyone else. You’ve certainly convinced this old codger that’s for sure!! If you want more information on what Brentacre can offer with our modified car insurance scheme.